Current in-vitro Alzheimer’s disease models fail to recapitulate the critical risk factor of age because they yield immature neuronal populations that exhibit gene expression more closely resembling that of fetal brain tissue rather than adult tissue. This project aims to develop an inducible CRISPR/dCas9-KRAB system that will repress the pluripotency marker OCT4 to lead to differentiation toward the neuroectodermal lineage. This system will then be used to repress genes negatively correlated with age (RANBP17, LAMA3, and PCDH10) in order to effectively induce aged phenotypes into current disease models, thus improving the extent to which they model the in-vivo environment. 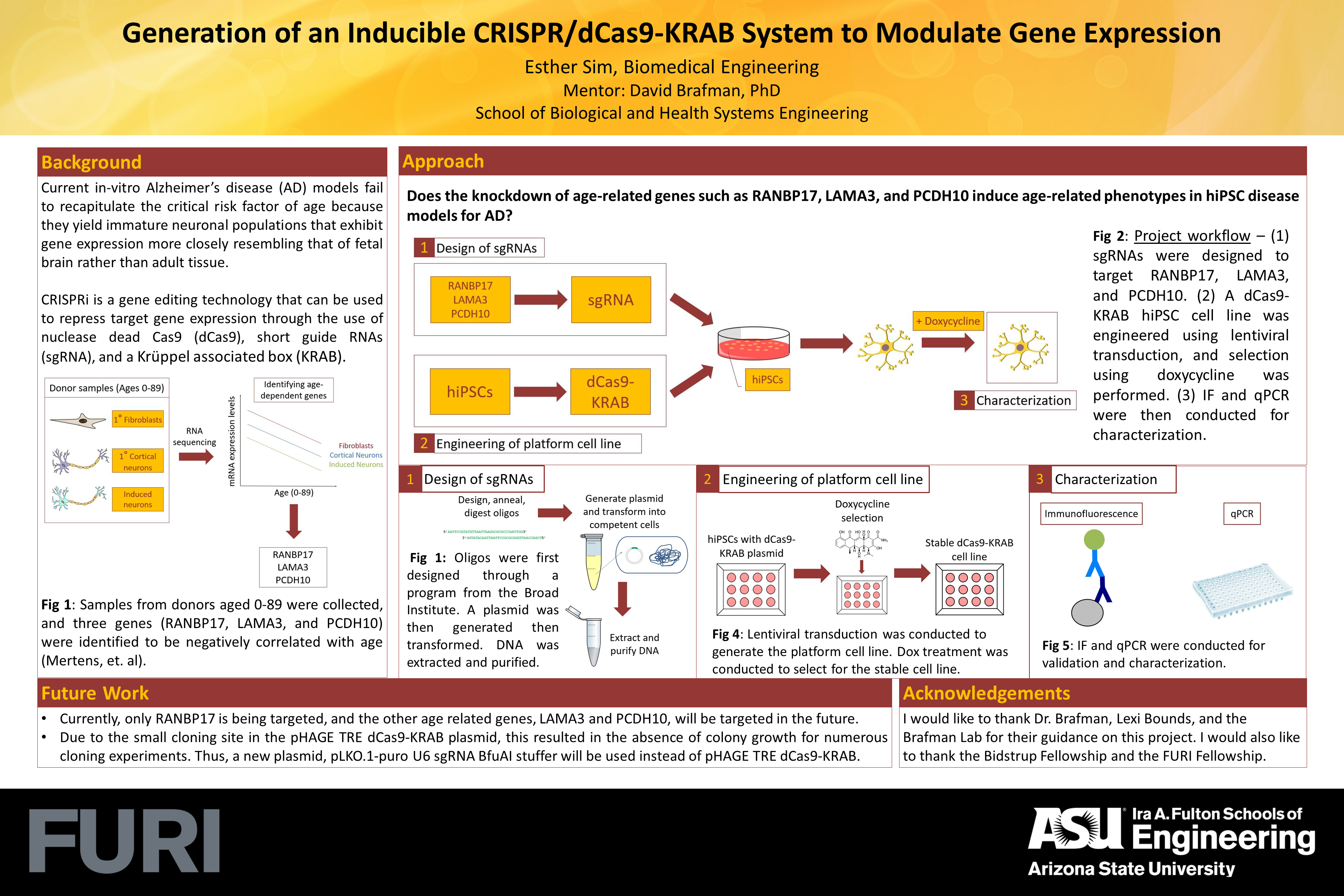